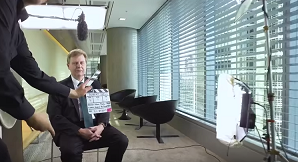 This section of our site is used for;

Robert has been a passionate advocate for first homebuyers for many years and has seen the challenges first hand with his client base. Parents of adult children and young adults themselves increasingly worry about how they will ever be able to afford to buy a home. He also worries how his son might ever afford to buy a home in Sydney. He has written and submitted a White Paper called, THE REAL HOME TRUTH: Why Unaffordable Housing for Young Australians Hurts Us All. It explains historically how we got to this situation in Australia and how we can turn things around. Click here to read more about Robert.

Robert Snell is available to discuss:

Robert holds a Degree with Majors in Economics and Political Science and a Diploma of Financial Planning. Robert is a recognised as an SMSF Specialist AdvisorTM and a Certified Financial Planner®. Unlike other advisors, Robert has been a fee-for-service advice provider for more than 29 years. Robert Snell is an Authorised Representative, and Life Values is a Corporate Authorised Representative of Financial Services Partners Pty Ltd AFSL 237 590 ABN 15 089 512 587. The views expressed in these releases are solely those of the author; they are not reflective or indicative of the licensee’s position, and are not attributed to the licensee.